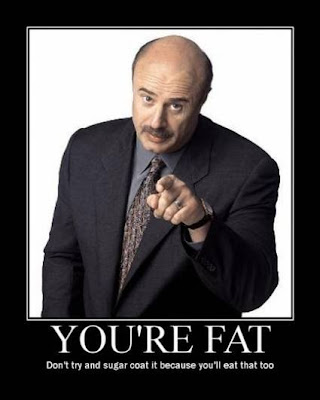 I am back on the exercise wagon.

I’ve been a giant tree sloth since April, but it’s not because I wanted to.

Really…. I have issues.

I’m working on it, but there are still some things that leave me more high strung than a crack addicted chihuahua. I can’t always tell what those things are until I am about to lose it. (Blow a gasket. Go ballistic. Whatever.) And I often do those things on the inside where other people can’t see it.

Men can compartmentalize their stress waaaaaaaaay better than women.
Work stress? They can most likely leave it at work.
Stress at home? Not between the hours of 8:00 and 5:00 they don’t.

You get the idea. It all goes in the same stress bucket. The proverbial straw that breaks the camel’s back is the same thing as the last drop in the bucket. Because I am a control freak who plays by the rules and gets crazy when other people don’t do what they’re supposed to (keep agreements, do their share, do the ethical thing, etc…) I end up with a lot of drops in my bucket.

In April I went to the ER with some minor heart attack symptoms. No heart attack, but I have developed a condition called vaso vagal syncope. People who faint at the sight of blood have the same thing. They see blood, and in an instant they can freak out, their blood pressure quickly drops, blood doesn’t circulate where it needs to be, and they faint. Their trigger is the sight of blood, mine is the last drop in the stress bucket.

If I get too stressed (even over little, stupid things that have all added up) I start to get dizzy and feel light headed. I have heart palpitations. Sometimes I start sweating and feel nauseated. Lovely, right?

I started to get hyper-focused on the symptoms where my heart was feeling so weird.
Worrying about the symptoms was causing me more stress. I went and got a full cardiac work-up, just to be safe. I wore a heart monitor for 24 hours, had to push a button whenever I felt a symptom and keep a diary of what I was doing.

I only felt symptoms when I was stressed.

Big, obvious stress: Devin did something really lame and then was kind of disrespectful… it made me lightheaded and gave me some big ole’ heart palpitations.

Little, not so obvious stress: I was in bed early in the morning, half asleep and heard Handsome Hubby in the shower. I dozed off and on, but as he turned off the water, I suddenly remembered I had changed all the towels and hadn’t put new ones out for him.
I felt the heart palpitations.
It happened in a split second, and I moved from “uh-oh!” to “He can get his own towels” at the speed of sound…. but I still had a flash of guilt, of stress, that I wasn’t perfect. That I screwed something up, even though no one viewed it that way. (Except for me, for a split second.)

Here’s the thing. I told HH that this happened. He and I both know he doesn’t expect me to do every little thing and he didn’t think twice about grabbing a new towel. These ridiculous expectations are largely my own doing.

So after the cardiac work up, everything looks OK. It brings us back to… stress.

Stress is the obstacle that has been getting in the way of my workouts. Whether it is physiological manifestations of stress, too much on my calendar or simply forgetting to make myself a priority, the bottom line is that I am neglecting my health.

I was nervous about running on my treadmill, at home alone, and falling off of it or having some sort of physical episode. Once the cardiac reports came back OK, I realized it’s time to ease back into it.

Today is day 3 of getting back into my routine. It feels pretty good. It will feel better once I hit the place where I crave my run-time.

I do have a love/hate relationship with my treadmill. But even though we’ve been apart for several months, I’ve never stopped thinking about it.

And I never, ever hung clothes on it while we were apart.

To read about other blogger’s obstacles and what they’re doing to keep working on their weight loss/healthy living goals, go to {aefilkins} and read this week’s Extreme Makeover: Me Edition. Gallery image with caption: I am ready to get my ass kicked. (It’s been dragging on the ground behind me…)