Have you ever had rajas?  They are strips of poblano peppers, corn and onions in a delish creamy, cheesy sauce.  They are ridiculously good.  I like them as a side dish or put into a quesadilla.  Handsome Hubby likes them wrapped in a warm corn tortilla.
However you eat them… they are crazy good, and they are a big hit whenever I serve them.

My version is adapted from Marcela Valladolid’s. You can see her’s here.

Start by charring your poblanos.  Wash and dry them, then set directly on your stove burner.  You want to burn the skin and have it turn black.  You are not trying to cook them.  I made the mistake of trying to char them on my gas BBQ once and all I did was end up cooking them, which made them mushy. 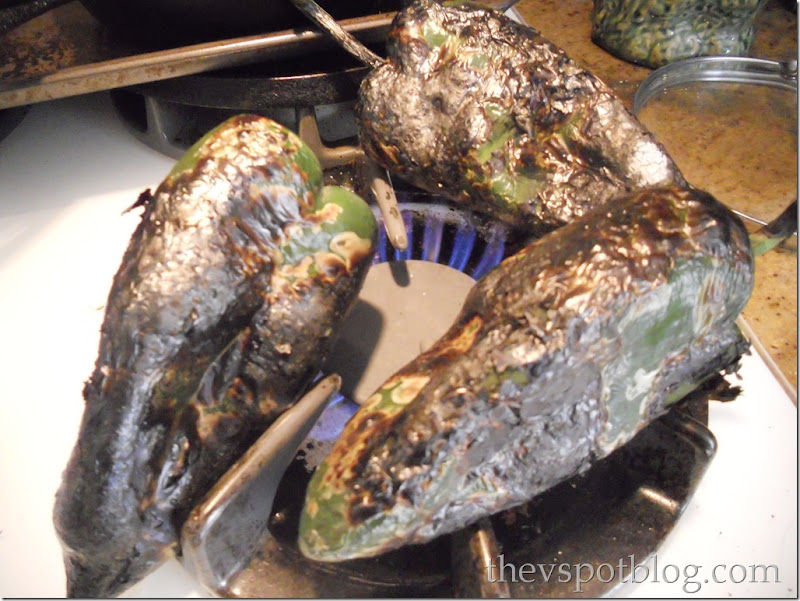 Keep turning them with tongs until they are charred all over, then quickly put them into a large ziploc style bag and let them sit for about 15 minutes.  The steam in the bag helps to loosen the skin. 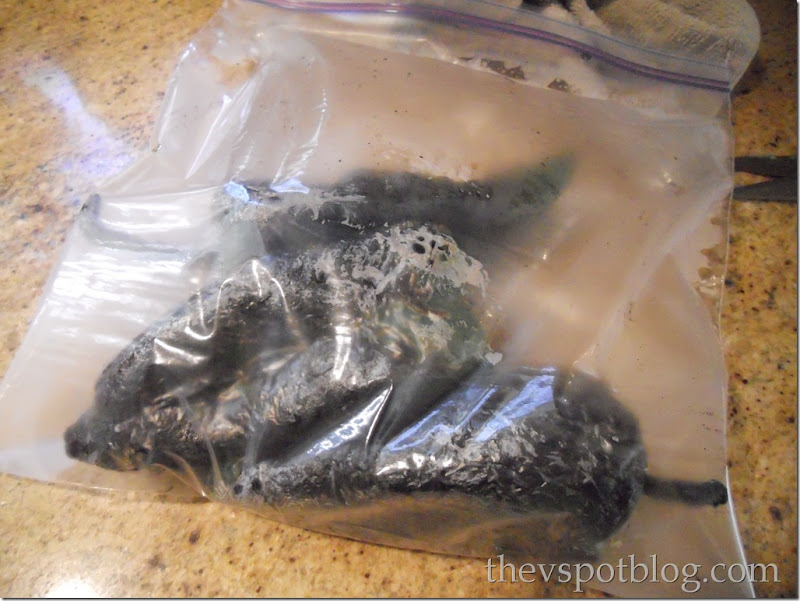 Take them one at a time and you are literally going to wipe off the skin with paper towels.  Either take great care not to get the peppers on your hands too much, or wear gloves.  You can get a chemical burn if you have your fingers directly on these too long. 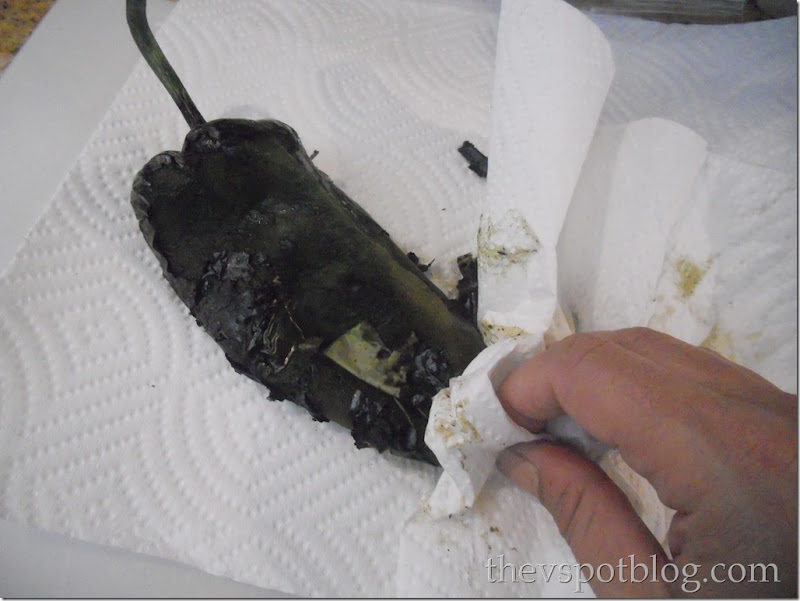 When the peppers are peeled, cut off the tops, slit one side to open it up flat and use a knife to scrape out any seeds.  Cut the peppers into thin strips that are about an inch long and set aside.

Take your ears of fresh corn and cut the kernels off with a sharp knife.  A tip Marcela gave was to cut the corn on top of a clean dish towel.  It keeps the kernels from bouncing everywhere, and when you’re done, you can just pick up the towel and sort of pour the kernels where you need them….

… in this case on a hot griddle or large skillet that has a little oil or butter on it.  Mix the kernels around to get them coated and then let them sit without stirring for a few minutes over medium high heat.  You want them to caramelize a little bit.  Stir every so often until they’ve achieves that “roasted corn” look.  Set aside.

Peel the onion and slice in half.  Slice each half in thin strips.  In another skillet over medium high heat, add the vegetable oil and the butter.  Sautee the onion for about 5 minutes.  Add the corn and cook another minute of two.

Add the poblano strips and stir.  Cook an additional minute or so, then add the heavy cream and sour cream (you can also use creme fraiche or Mexican Crema if you can find it).  Stir and cook until bubbling.  Add the Jack cheese and stir until smooth.  Add salt and pepper and serve. 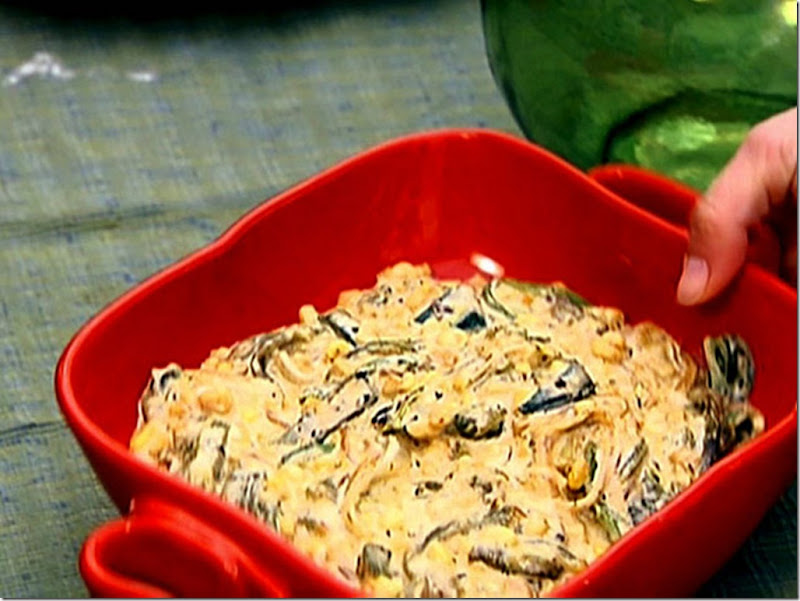 Leave a Reply to At The Picket Fence Cancel reply Chipotle-Lime Coleslaw… a spicy twist on a summer favorite.