Most parents encourage their kids believe in Santa Claus, but there is always that awkward time when they realize they must either tell their kids the truth, or let the playground rumors do their job for them.
When to come clean about Santa is a difficult decision. 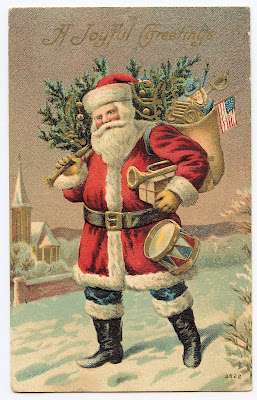 The Season is upon us, and for some people the question as to whether or not Santa Claus is real will soon be upon them. I thought I’d share our method of “breaking the news”.  I think it works pretty well.

Let me start by saying that our family has always maintained that Santa is a part of the celebration of the birth of Baby Jesus.  Santa is not the reason for the season, but we incorporate him as part of the spirit of giving. 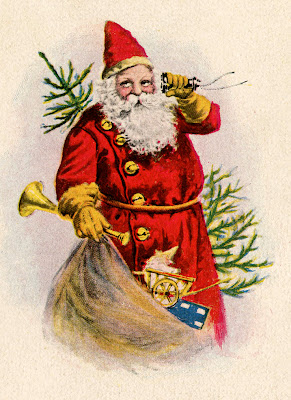 When I was a kid, I figured out the Santa thing on my own.
There were inconsistencies… things were not adding up logically…
Why is Santa’s handwriting such a close match to Mom’s?
Why did he use the same wrapping paper as my Mom? (Her story didn’t add up. Even back then, the idea that he stopped and wrapped presents at each house seemed terribly inefficient to me….)
Why were there price tags or store stickers on the gifts?

As an adult, I made sure to cover those bases.  When Santa visited our house, he only used solid green paper with red ribbon, or solid red paper with green ribbon. Simple, classic.  He also uses the computer to print out the kids’ names in a nice script font. It is on a nice, plain, card stock tag.(Santa is busy, and pre-printing tags is part of the reason he can get all around the world in one night.) 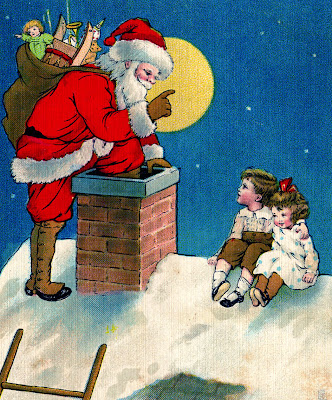 When it was time to tell each child, Handsome Hubby had a brilliant idea.  We parents sat them down. Since we’re a blended family,all the parents are present.

We let them know right off the bat that Santa is the spirit of Christmas and of giving and he is absolutely, 100%REAL. He just isn’t in the form that the child thought he was in…

We said: “I’m Santa… Dad is Santa… Grandma is Santa… and now that you know… you’re Santa too.”

Our kids didn’t feel lied to, they felt like they were now in the club. They help to make the magic. They know the password, they know the secret handshake. It’s almost like it added another layer of cheer to the season for them.

I have to say that they each embraced the spirit of Christmas more than they ever had before. They love that they were creating a little magic for their younger siblings.

At our house we have elves (Marta, Helga & Jingles) who start showing up as soon as stockings are hung up. If you are good, you can “check your stocking” and see if the elves left you an early yuletide treat. (by the way, Target’s Dollar Spot is an excellent resource for the elves….) 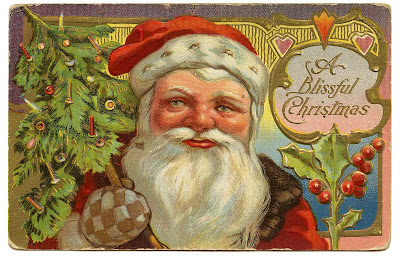 Once the boys knew that they were Santa, they loved the act of surreptitiously dropping little presents into stockings. They love the idea of helping to create the magic.
They love the idea of Christmas much, much more as the givers than they ever did as the receivers of those little gifts.

… and isn’t that what it’s all supposed to be about anyway?

(This is an updated version of an earlier post.  The original version can be found here.)

**UPDATED to add: This is also a great way to preserve the belief for younger siblings.  Because the older ones are helping to “create” the magic, they are very careful to keep the secret. Gallery image with caption: The skinny on Santa: How to tell your kids the truth about Santa Claus.