Did I ever tell you that I worked as a waitress during college?  It was hard work, but fun.  I loved the interaction with the customers (most of them, anyway) and I got plenty of fodder for funny stories.  (Someday I’ll have to tell you about the time I got salad dressing on a customer’s eyebrows…)

Over the years I’ve shared some of these stories with my friend LaRonda.  (She says she can’t hear the words “Lane Bryant” without thinking of my disastrous trip to their store.)

One of the stories I told her happened some 20 odd years ago.  I call it The Table Fart Story. 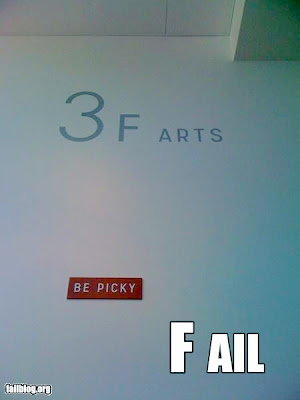 I told LaRonda the story of what was probably one of the Top 3 Embarrassing Moments in my co-worker’s life:
She was standing at a table, taking an order and she had to sneeze.  She quickly turned away from the table so that she did not sneeze in their faces. When she sneezed, she also lost a little control elsewhere, so while she did not sneeze in their faces, she did do something else.

There was a definite, loud fart right at table level instead.   She was so embarrassed that she just walked away from the table.  She didn’t say anything, didn’t look back, but walked straight to the kitchen and didn’t come back out until after the customers had left.  She handed over her ticket book and someone else took over the table.

Funny story, right?  You feel bad for the girl, but it’s still funny.

Something else that’s funny?  I met LaRonda and a few other girlfriends for dinner last week.  The subject of that poor waitress came up.  It appears that over the years the details of that story have become a little muddled in LaRonda’s mind.  She has been re-telling the tale with me as the Farting Waitress. Gallery image with caption: How NOT to make a bed.