I give you… The Bad Idea Lamp Re-Do. 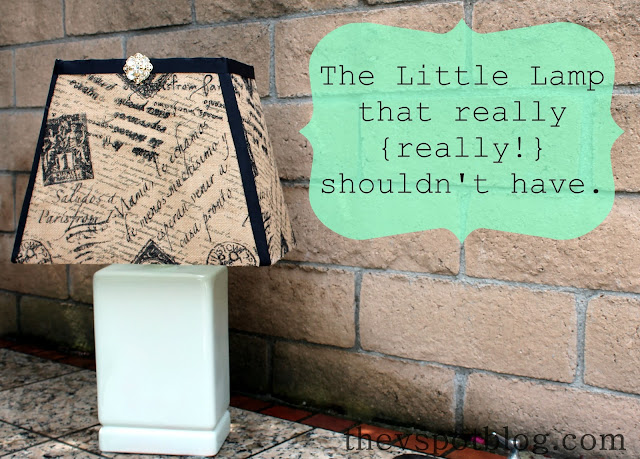 A few weeks back I met up with Barbara, who writes Chase The Star.  We are both going to the Snap Conference and were taking part in an activity designed to get to know other bloggers  before the conference.  Participants were randomly paired up and were supposed to buy a few thrift items and mail them to their partner.  I got paired with Barbara… but we live in the same area and had previously met each other a couple of times.  We decided to deviate from the guidelines a bit.  Instead of talking to each other about our crafting preferences, shopping separately for the other person and then mailing them our finds… we opted to get together for some shopping and a bite of lunch.

We went to Habitat ReStore and we each bought one of these hideous lamps.  (It looks like a 1980’s hotel room lamp!)

The idea was that we would each re-do a lamp and share how they turned out.  Barbara’s is adorable, but mine looks like an extra from Miami Vice, trying to sneak into a tea party.

I originally thought I would do a blue ombre paint technique on the lamp and then wrap/recover the shade with jute.  I kind of wanted a beachy look for summer evenings out on our patio.  I still think it would have looked cute and might have to try it.

However, while shopping for a different project, I found really cool printed burlap fabrics. 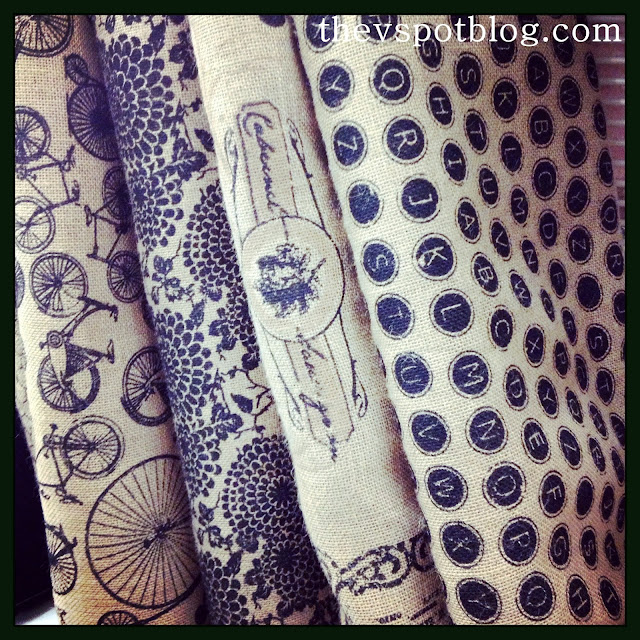 I decided to cover the shade with that instead, and paint the lamp a tiffany-blue-ish color.  That sounds cool too, right?  Yes.  In reality?  Not so much.  (As you can clearly see.)

The Big Blunder: Not taking into account the shape and style of the lamp.
If you take a vintage looking fabric and put it on a lamp that is more, um, modern, it isn’t going to work.  It’s going to look like a pig playing dress-up.

But at any rate, no matter what fabric you choose, it is pretty dang easy to cover an angular lampshade like this. 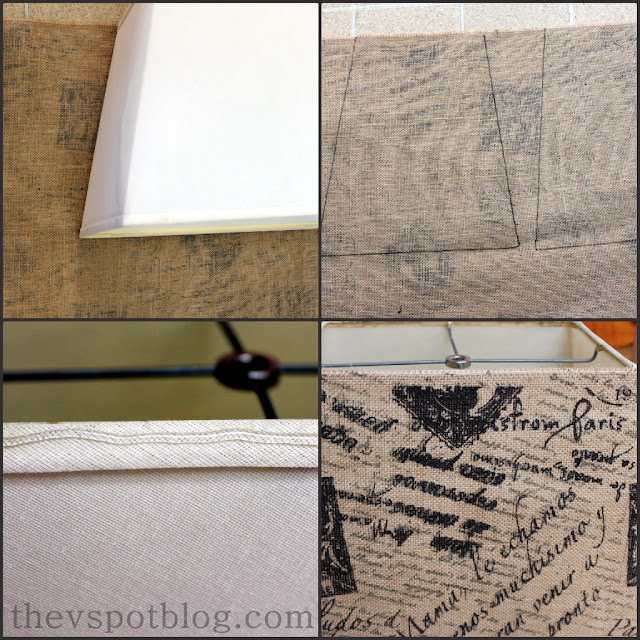 Start by tracing the lampshade on the back of your fabric and cut them out.  Run a bead of hot glue on the top edge of the shade and attach the fabric, ensuring that it is lined up nice and straight.  Next, smooth out the fabric and run a bead of glue on the remaining 3 sides. 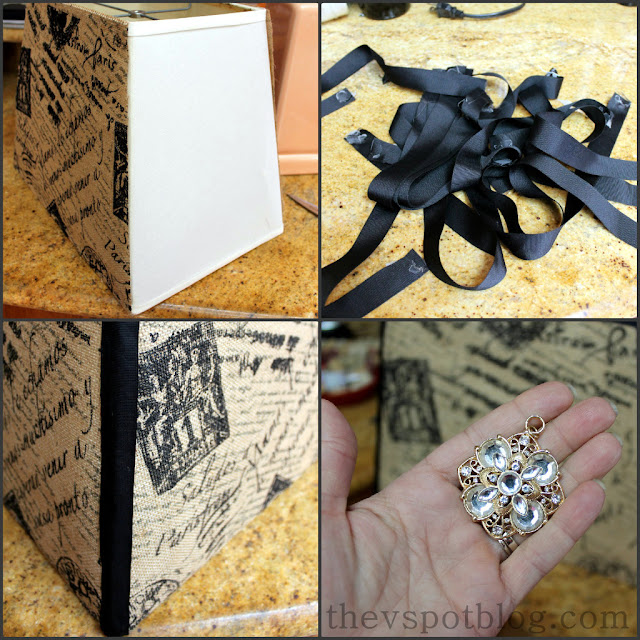 Once you’ve attached your fabric on all sides of the shade, use ribbon to cover the seams.  I had a big pile of ribbon left over from my Ribbon Globe and used it. Just run a bead of glue on the back of the ribbon and make sure it folds over the edges of the shade.  Do the same thing to the top of the shade.  You can add an embellishment if you’d like.  I opted to use one of the pendents from the Styled by Tori collection of jewelry I got to try out a few months back.

I sprayed the base of the lamp and put it all together.  Um, no.

But! I will never let a few craft fails keep me from trying things out.  It would have been nice if it worked out, but I can still learn from the process.  I like the shade and I like the base… just not together.  I can change it up later.  There’s no making an omelette without breaking a few eggs.

Most of the time, my creativity has only been helped by trying to work around a problem or fix a mistake.

What do you do when something goes haywire, creatively? Gallery image with caption: A DIY, personalized wedding or anniversary gift for less than $20 Gallery image with caption: A “Craft Fail” and how I saved it Gallery image with caption: I killed a dress, but I saved a pumpkin.