OK, I had to post about Labor Day weekend because I am so proud of my mom and dad. They were the Grand Marshals for the local fair and Labor Day parade. 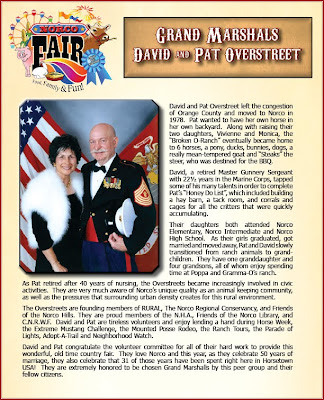 They are tireless volunteers for their city. I can’t think of anyone more deserving.

We went out on Saturday to the fair. It was like being in Satan’s armpit it was so hot out there! It was 106 when we got off the freeway and 111 by the time we got to the fairgrounds. I thought I would spontaneously combust. The kids couldn’t even go on any of the carnival rides because the metal and plastic would have burned them.

You know where we found relief from the heat due to the shade and the mister system….? The livestock area. I’ve never hung out in a barnyard for so long. 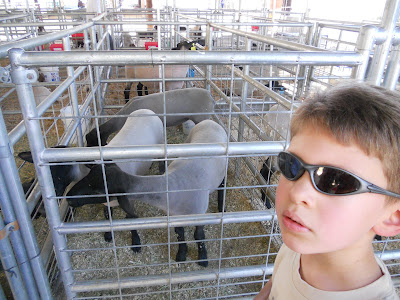 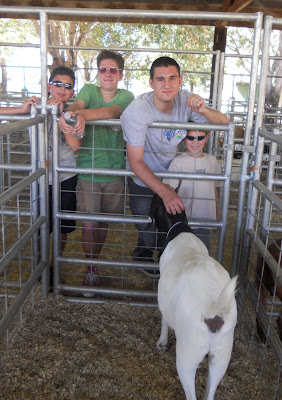 Fortunately, it cooled off a little bit later on, because Handsome Hubby and I went back to the fairgrounds for a high school “alumnight” event. 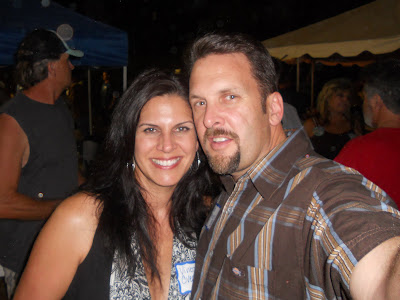 Our high school has been open since 1963 and there were all sorts of people there. It was strange, because people were focused on the year written on name tags first… the name was secondary.
Funny.

We drove back out bright and early on Monday morning for the Labor Day Parade. It’s a little town, and a little parade, but that doesn’t mean that it isn’t a huge deal for our family. We are so proud of my folks! (Have I mentioned that…?) 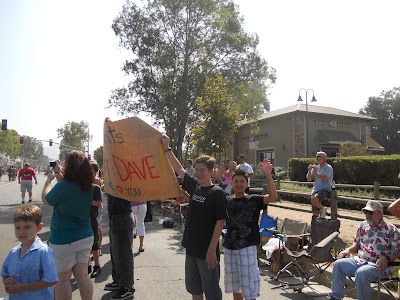 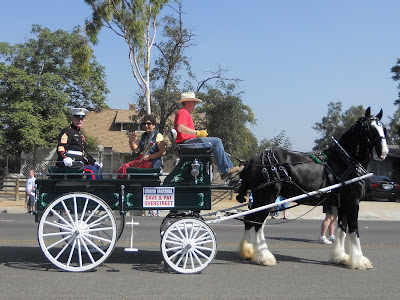 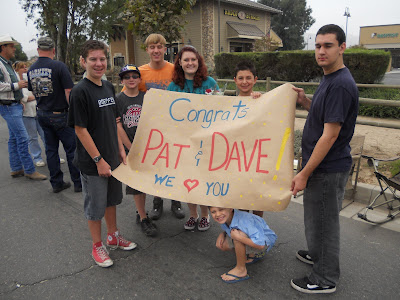 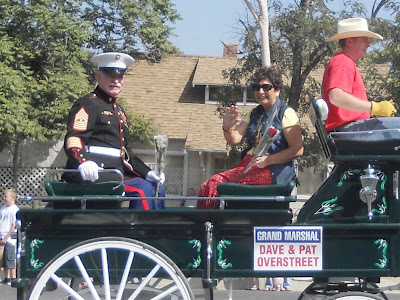 After the parade, loads of people came back to my parents’ home for a BBQ. They invited the local Marine ROTC too. When Grant got a glimpse of the young Marines arriving, he ran back to “his” bedroom at Gramma & Poppa’s and put on his Marine Corps T shirt. 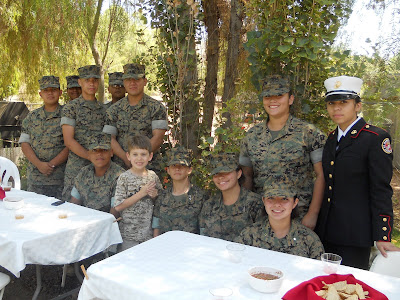 My sis and I are incredibly proud of my parents. They are amazing, fabulous people. We are privileged to know them, let alone have the honor of calling them Mom & Dad. 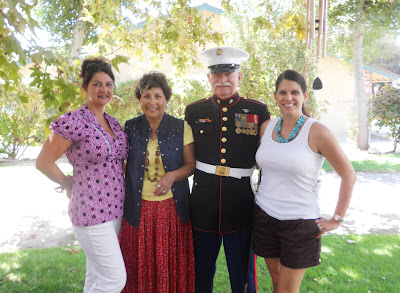 The weekend ended with a car-full of of konked out kids. 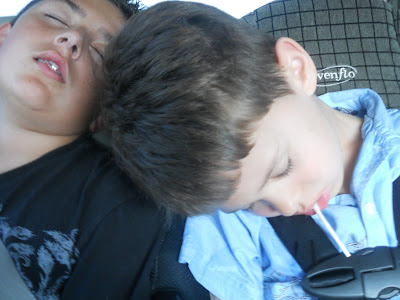 Yep. That’s Grant. Asleep with a lollipop in his mouth. I tried several times to remove it without waking him up and it wouldn’t budge. We figured it out later:

He had the stick shoved between the gap in his two front teeth. Classic. 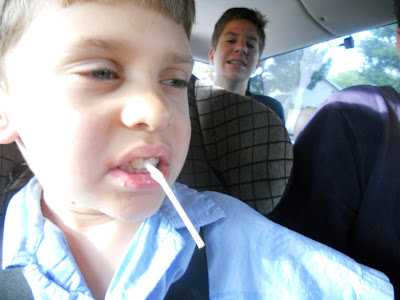