Last month when I was in Atlanta for the Haven Conference, several of us went out to dinner at a tapas restaurant that had been recommended.  (I am so glad I get to type tapas instead of say tapas… “What?! Topless?!” gets really old, really quick…)
Anyhow, the food was amazing, and I was inspired to make these Bacon-Blue Cheese-Chorizo Bites. 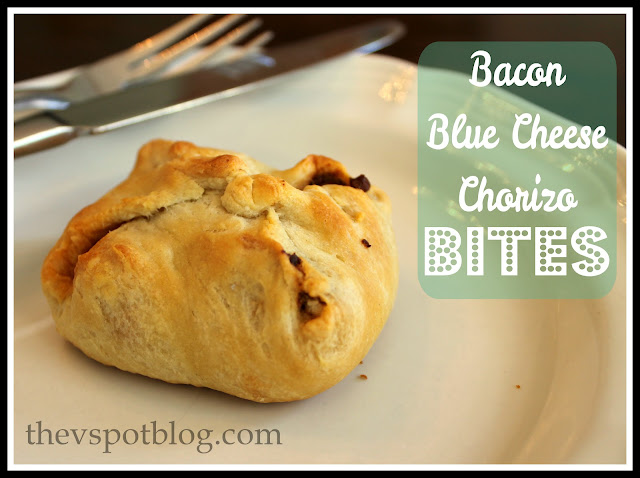 Let me explain how these came about.  At the tapas restaurant, I was lucky enough to be sitting next to the fabulous Heather from Whipperberry, and we sort of partnered together to sample things on the menu.  Heather and I are both foodies.  The difference in our culinary skill levels though, is that Heather is more of an executive chef, whereas I would probably be the bus-boy. (Seriously, you should go check out her blog if you want to drool over some recipes and get inspired.  Or get hungry.)

One of the dishes that we tasted listed the ingredients as chorizo, dates and blue cheese.
Yes, yes, and yes please.
When we received the dish, it had a big slice of a chorizo sausage, some grilled onions and a sprinkle of blue cheese and chopped dates. The whole thing was wrapped in a strip of crispy bacon.

Sounds great, right?  And it was.  In theory.  All of those flavors work together if you get them all in the same bite… but we didn’t.  I kept mostly getting the slice of chorizo.  We agreed that it would be better if everything came together in one bite.
Last Friday night there was a concert in the park and we had a picnic dinner there, so I decided to give these a try at home.  Here’s what I did. 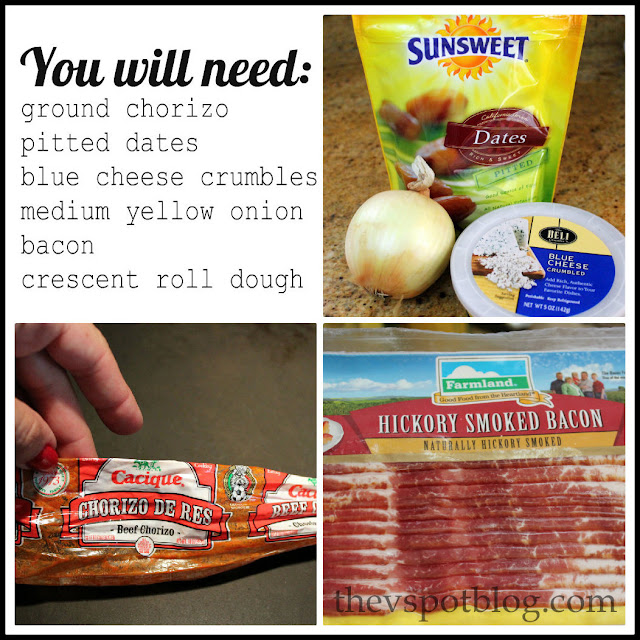 I used beef chorizo because I heard it was less greasy than pork. (Um, NOT.  Next time I am going to try this with pork.)  This stuff tastes great, but while you are cooking it, it is a greasy, disgusting, spattering mess. 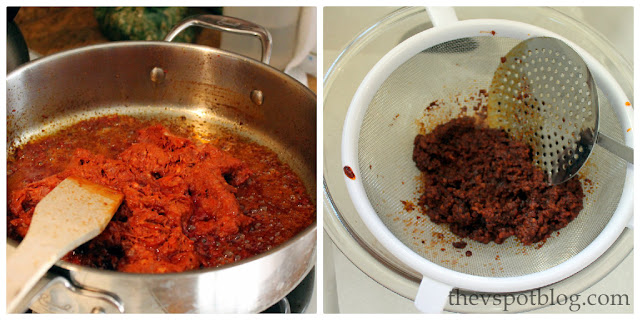 I actually drained the chorizo then let it sit in a strainer over a bowl for a while to get the majority of the grease out.  If yours is looking a bit greasy, I highly recommend this step.
Next I thinly sliced the onion and sauteed it in butter, letting it caramelize in the pan. 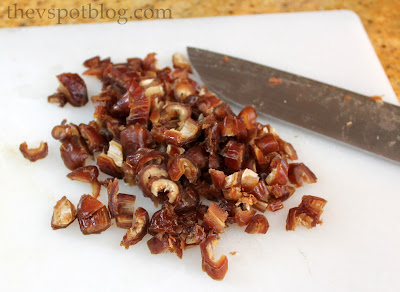 I thought I had a full pound of bacon (16 oz) but then I looked at the package and those stinkers make you think it’s a pound, but it’s actually only 12 oz.  Whatever.  If you use a full pound, that’s fine.  Too much bacon never hurt anybody.
(Er, well, what I mean is that too much bacon won’t hurt this recipe.)
Chop the bacon and fry over medium to low heat so that the fat renders off and it is crisp without burning. 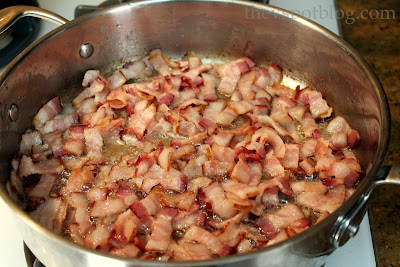 When the bacon is done add it, the chorizo, dates, onions and about 1/3 cup of the blue cheese crumbles to a bowl and mix well.  You may decide to add just another sprinkling of blue cheese for good measure, but if you don’t that’s OK.

Bust open 2 cans of refrigerated crescent roll dough.  Instead of leaving them in the long triangle shapes, smush the seams of the triangles together so that you basically create big rectangles, then cut them in half to make squares of dough.

Put about a tablespoon full of the filling on each square, and bring the corners of the dough up to the top and pinch close.

They’ll look like little pillows or packages.  Bake at the temperature recommended on the package of crescent dough and just keep an eye on them until they are browned. 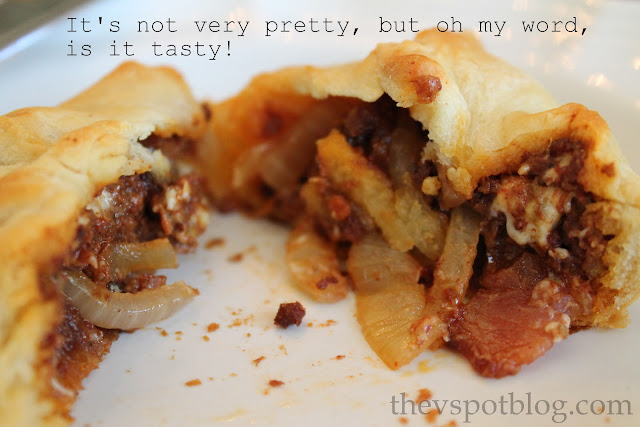 Heather mentioned that she might try her own version of the tapas restaurant’s dish.  I think my Bus-Boy interpretation is pretty good, but I can’t wait to sample what the Executive Chef comes up with.