Several weeks ago we went to a wedding… I made the centerpieces: 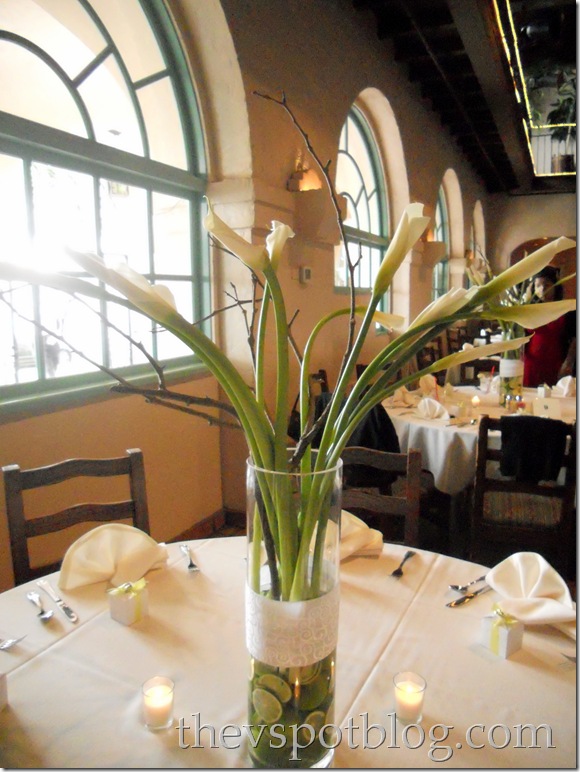 …and Grant was the most adorable ring-bearer evah 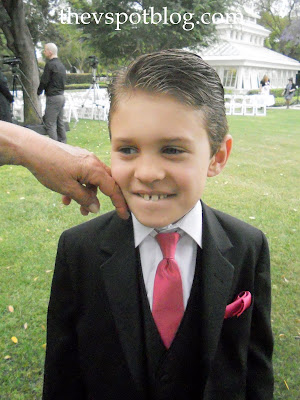 For the centerpieces, I wanted to keep the costs as low as possible. Like most people, the bride and groom were on a budget.  They wanted big impact with a little price tag.

A great way to do that…?

#1 get a thrifty family member (um, me) to do them for free
#2 create a tall arrangement
#3 use fruit
#4 use 1 kind of flower
#5 use sticks and branches

I use fruit a lot because it’s cheap & easy.  (You know how I love cheap & easy…)
The bride bought these tall vases and brought them to me. 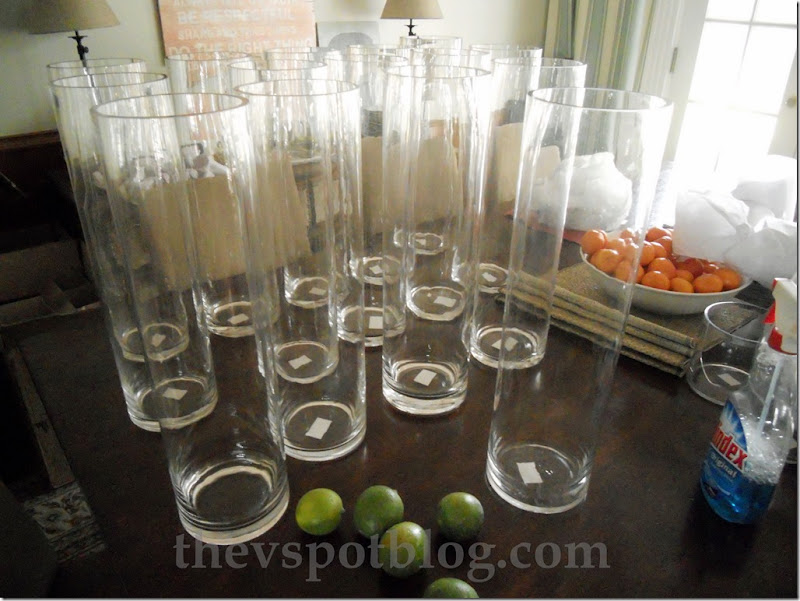 Their reception was at Tamayo, an historic Mexican restaurant in Los Angeles that featured some amazing Mexican artwork, so I used limes and calla lilies. 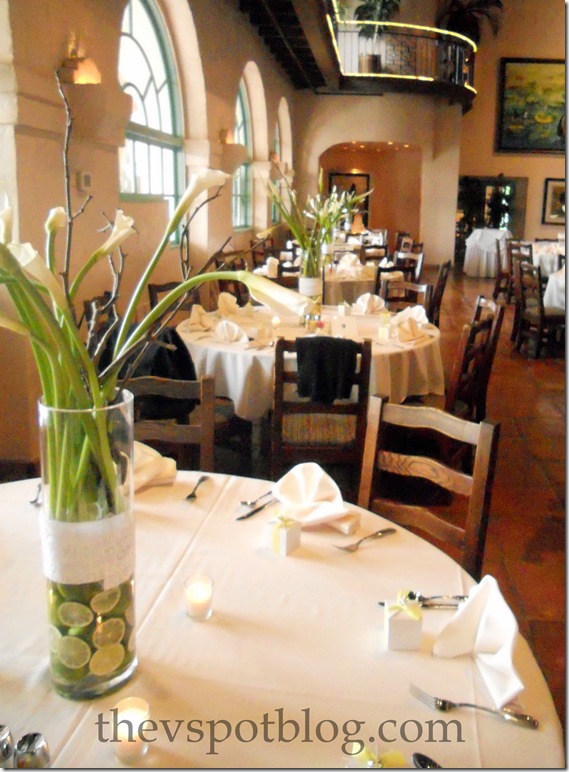 I filled the vases with a combination of sliced, halved and whole limes then added water.  This did a couple of things:

Then I added the lilies and the sticks.  I also added ribbon around the middle of the vase to hide where the stems and the limes met.

It was cheap and relatively easy.  They ended up costing less than $18 to make.
Sticks were free in the street (you know how I loves me some sticks), I got 10-stem bunches of the lilies for $6 a bunch, and limes were 4/$1.  So basically the vase was the most expensive part of the arrangement ($9)

Oh… and because I keep it real…? This had an element of Craft Fail in it.  The lilies were so fresh that they did not adequately open in time for the reception.  If I do this again, I will buy the lilies the day before the event, rather than the morning of. An easy summer centerpiece using a chandelier and fresh flowers. Make your own frosted, icy branches.