I am soooooo glad it’s the end of the school year!  I am tired of fighting The Battle of the Homework.

Going through Grant’s papers I found this: 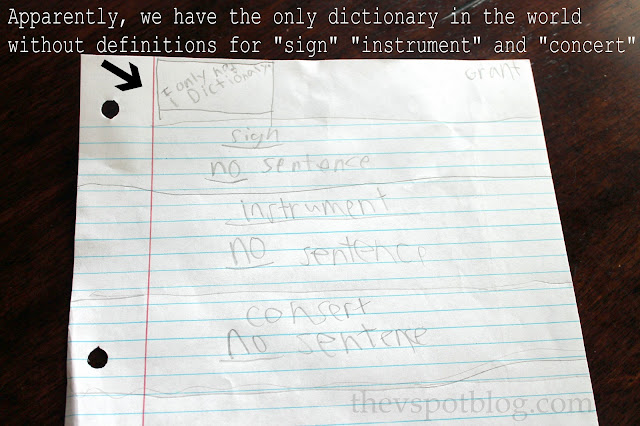 The assignment was to look up a word and write the definition.  While it would no doubt have helped if he had spelled concert correctly, he appears to have looked up the word and seen things like noun or {ins(t) ru-ment} written directly after the word and just stopped reading.

My dictionary is broken!  Oh well! All done!

…Thus giving him plenty of time to work on a more important project: His Secret Code. 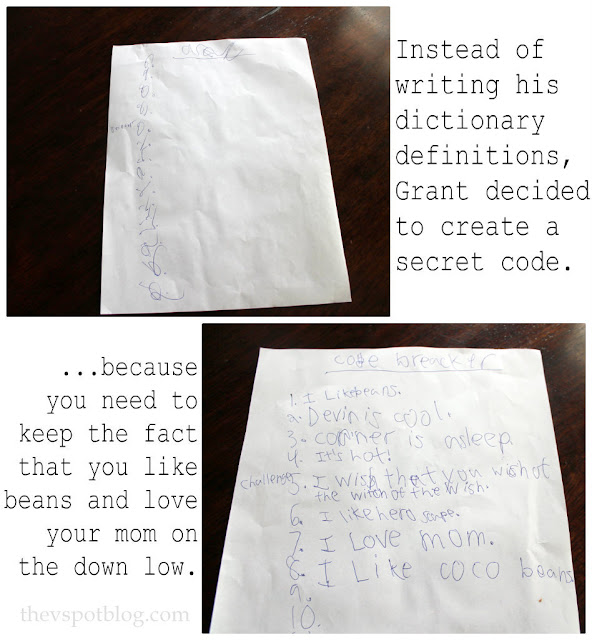 (Is it mean of me that his writing is so messy, I initially thought the code characters were just sloppily formed numbers…?)  I have tried to figure out the “challenge” word and I am just not bright enough.

I want to just rest this summer and am hoping that 3rd grade has several projects that involve espionage, dinosaurs and story writing.