Hope everyone is having a fun Labor Day Weekend.  I shared my County Fair photos the other day, but I wanted to share a few photos I snapped at out hometown Fair this weekend.

Handsome Hubby and I both grew up in Norco, California.  A great place to spend one’s childhood.  A small town, lots of horses and animals, lots of friends and open spaces. We don’t live there anymore, but my parents still do.  They are very involved in the community and are doing all they can to protect the community from urban sprawl and preserve the animal keeping lifestyle.

There is something about cowboys that bring out the patriotism in all of us a little bit more.  I was very happy to see Grant stand at attention and put his hat over his heart during the national anthem and the color guard. 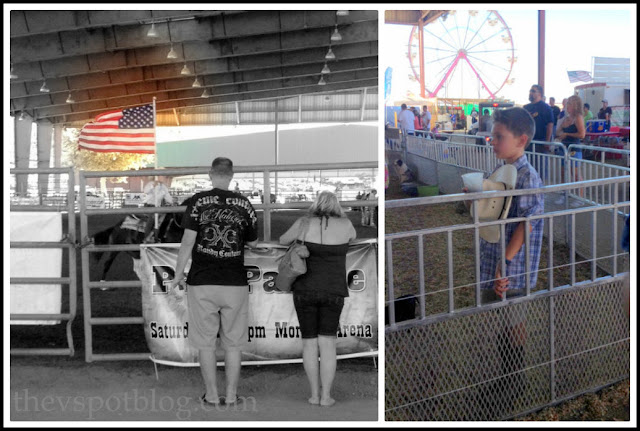 We ate lots of junk food, HH and I had a couple of beers, Grant got a lemonade… and I made him wait an hour before letting him go on the bungee jumper.

It was a fun afternoon.  Later on, we met up at an alumni event where HH and I got to hang out with several friends from our High School.

My sister was there too.  I had been telling Grant “no” to the booth where they sold bubble guns, laser pointers and all sorts of gadgets that lit up.  Whereas I had been saying “no” Grant’s no dummy and went to his Auntie Mo, as it’s her prerogative to say “yes”.   (And I couldn’t have stopped her if I tried.) 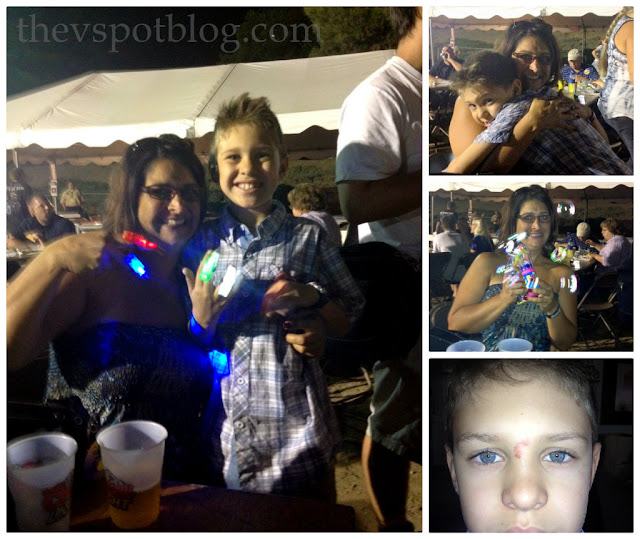 It was all fun lights and bubbles until Grant tried to dive under the table to pop a bubble.  Unfortunately he wasn’t so good at the “under” part of the dive and it was more of an “into” the table.  Yep.  That’ll leave a mark.
(He’s fine.)

Most of Grant’s time was spent in the petting zoo though. 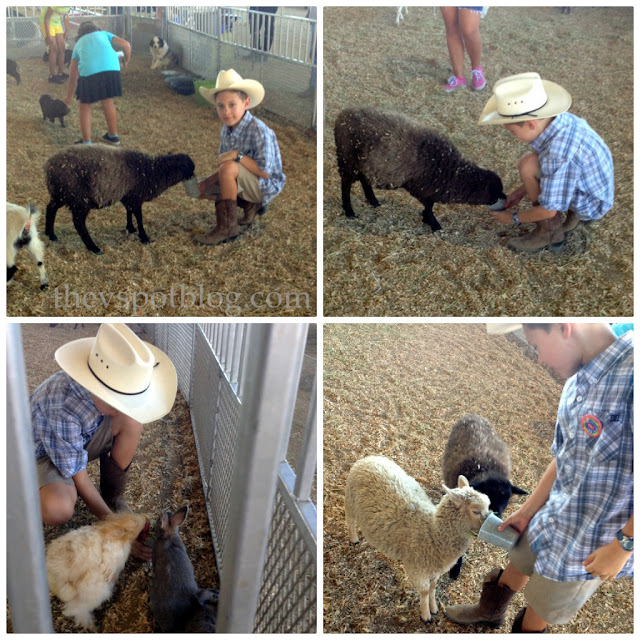 That kid (Grant, not the goat) must have stayed in there for a good 2 hours, just petting and feeding the animals.  We love that he loves animals so much.

On a side note, I saw him making up another one of his “books” last night.  I asked him what kind of book it was going to be. 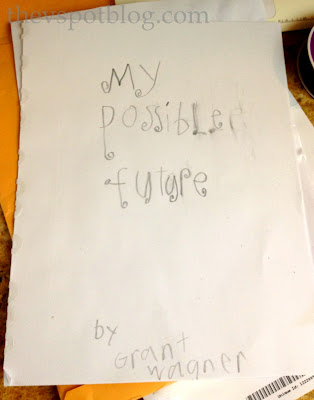 He said, “Things I might be when I grow up.”
I’m willing to bet that there is a veterinarian or something similar on his list.

Does your hometown hold a fair? What did you do this weekend?