On Friday I shared the menu I created for the Bunco dinner I was hosting that night.  I had all of the recipes linked except for one: Chipotle-Lime Coleslaw.  I promised I’d share it later.
It’s later.

This is super fresh and yummy!

You can mix all of this in a food processor, or you can just mix together in a non-reactive bowl, just be sure to chop the peppers until they are pretty much pulverized into a paste. 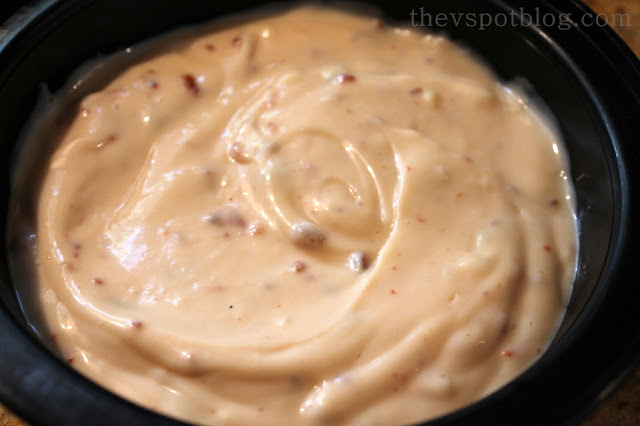 You can make the dressing a day in advance if you want to…  just store in the refrigerator until you’re ready to use.
For the slaw:

Because the purple cabbage has the tendency to start turning everything pink, I don’t toss the slaw ingredients with the dressing until right before I am going to serve it.  Combine everything but the pepitas and toss until well coated.  Sprinkle the pepitas over the top and enjoy!

By the way, this is also a great topping for hotdogs and served alongside a basic chicken sandwich for a spicy kick.