My camera and my laptop have decided not to speak to each other at the moment.    As a result, I can’t share a couple of Halloween projects I am currently working on.  So I decided to share a charity event that HH and I attended recently.

My BFF is the National Spokesperson for the Beckstrand Cancer Foundation, an organization that helps  cancer victims and their families to cope with the financial devastation cancer can bring. 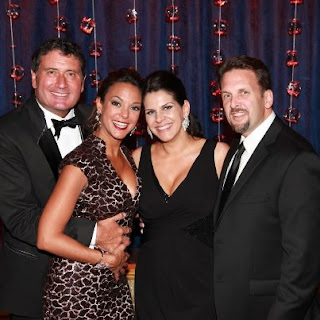 If you’re in chemo (or have a child who is) are you able to work?  Do you need to choose between paying for medical bills and keeping your lights on?  Do you have kids that need babysitters?  Did your income get reduced by half because you or your spouse can’t work…?  Beckstrand comes in and helps pay for things like your mortgage, transportation, utilities, food… whatever people need.  They are angels.

Earlier this year I shared the loss of Devin and Conner’s dad to colon cancer, and last week I shared a little about my friend Donna, who lost a 4 year battle with breast cancer.  During that 4 years she couldn’t work as much, had astronomical medical bills (even with good insurance) and tried experimental treatments (that weren’t covered by insurance.)  The financial hit was a big one.  My BFF, HH and I all helped with fundraisers and auctions and spaghetti dinners, trying to raise money.  I wish we had known about Beckstrand back then.  When my BFF found out about Beckstrand Cancer Foundation, she committed to the cause immediately.  (I’m super proud of her and the work she’s doing.)

The Diamond and Pearl Ball is one of their biggest fundraisers of the year.  We were fortunate enough to attend as guests.  This year the theme was An Evening In Russia.  It was amazing.  There was a cocktail reception and silent auction… all white and icy.

After about an hour in the cocktail lounge, the curtains parted and revealed the amazing main dining room.  (I particularly thought the Vodka Fairies hanging from the ceiling were a nice touch…)

After an amazing dinner, and speeches from Alana Stewart and Ryan O’Neal (the late Farrah Fawcett was the honoree), the live auctions began.  Beckstrand raised 1.32 million dollars, which will go directly to helping out families.  Amazing. Here’s a video recap.

A great evening, a fantastic organization. 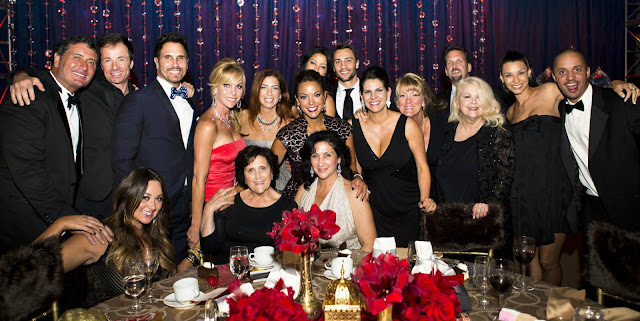 By the way, the fabulous woman who makes this event happen is  Lil, the Executive Director.  She is half Wonder Woman, half Mother Theresa.

(I’ll be sharing a little bit later on about the dress I am wearing and how I got it.)
Hopefully my camera and laptop will put aside their differences very soon and I’ll be back with more Halloweenishness!