Do you have one of those husbands or boyfriends who gets dates all jumbled in their heads?
“That year we went to Such-and-Such… was that before or after we were married…?”
or
“Was that before we got together… or after we had the baby?”

You know, there are just dates that women have a head for and guys seem to be, um, fuzzy about.  These questions used to come up for me and Handsome Hubby a lot, so one year I made him a handmade Valentine’s gift.  I made him a Relationship Timeline.

A little personal information: Handsome Hubby calls me the Queen of Hearts.  That’s even the name he used to log me into his phone’s contacts.   I think he took it from that Eagles’ song Desperado.

I took a deck of cards and made my own card printed paper on the color copier, then covered one of those little blank spiral bound scrapbooks with it.

If you’re not familiar, Hubs and I were high school sweethearts who broke up and reunited at our 15 year reunion.  You can read our love story HERE.  (…and you can also read how he helped to make my senior prom a suck-fest HERE.)  We had a long distance romance for about a year as I prepared to move from Washington state back down to Southern California.  (This is usually where HH’s questions regarding timing would crop up… “Was that before you moved down…?”

So I signed the book like a card and explained what it was. 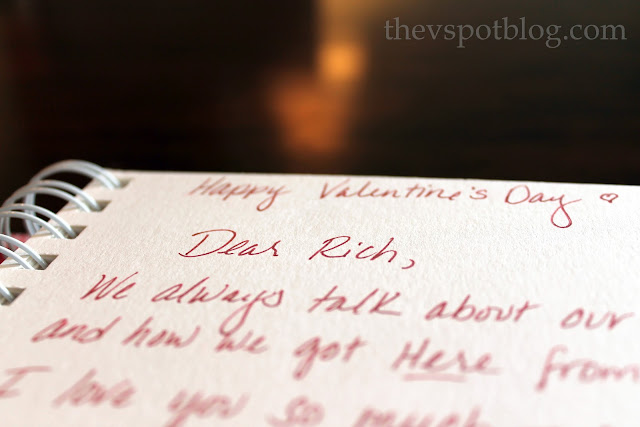 It was a historical timeline… 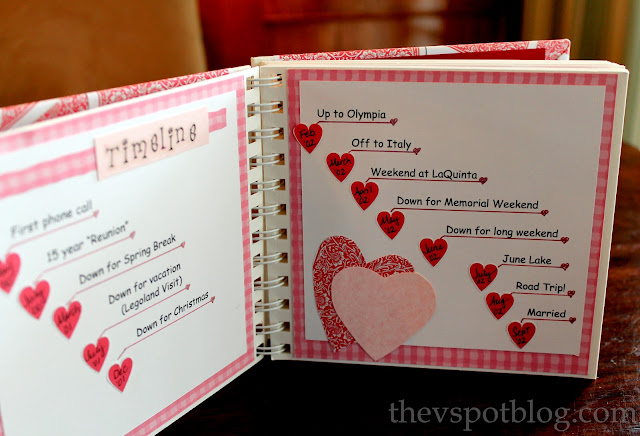 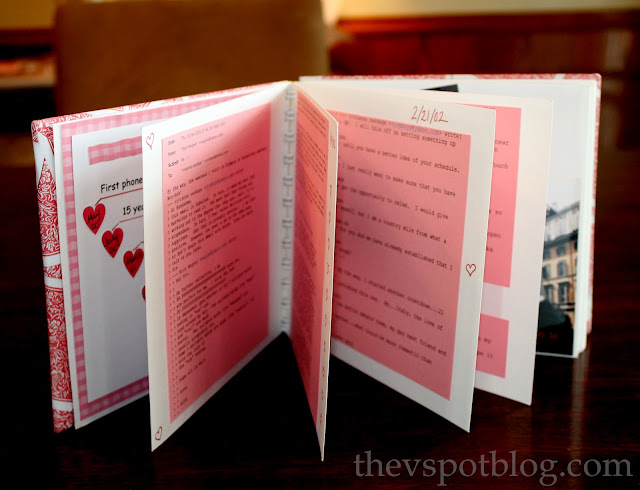 Since email replaced snail mail love letters, it was important to me to make sure they were preserved.
It’s also a small photo album… 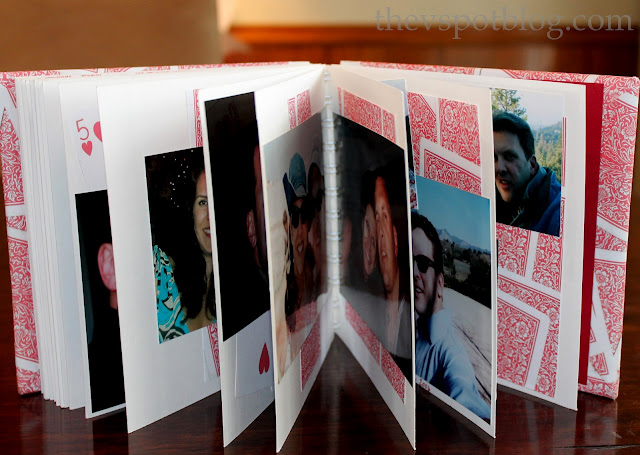 This little handmade gift was quite easy to make.  I did it 5 years ago, back when a Cricut was just noisy bug.  I used an exacto knife, rub-on transfer letters and a glue stick.  It’s very inexpensive and anyone can do it.

Handsome Hubby really liked it and I had a good time making it for him.  Both of us, on occasion, have taken the book and read through it.  I love a good stroll down Memory Lane, and this Valentine’s gift can take us there any day of the year. Recycle your Christmas cards into gift tags for next year. No Sew Project: How to recover your outdoor cushions using fabric and a glue gun.